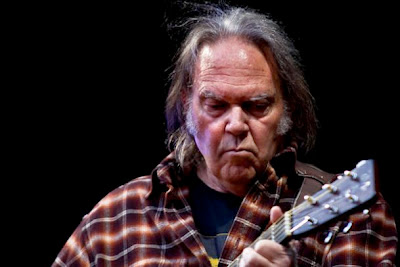 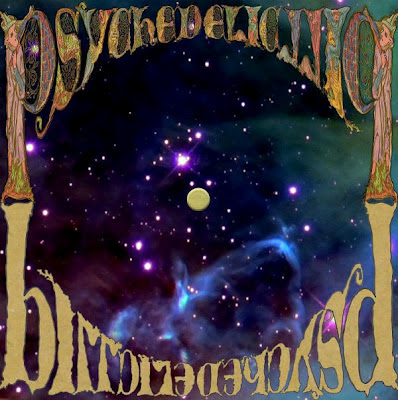 
Remember reading about “Twisted Road,” that new Neil Young song about the power of rock and roll, which mentions Bob Dylan’s “Like A Rolling Stone” by name? It turns out that “Twisted Road” is one of the shorter excursions on Psychedelic Pill, the new double album from Young and Crazy Horse, due October 30.
The album, produced by Young with John Hanlon and Mark Humphreys, was recorded right after Americana, the all covers album released earlier this year, at Audio Casa Blanca studios. Americana marked the first time Young and Crazy Horse had recorded together since 2003′s Greendale.
Several tracks, including opener “Driftin’ Back” and closer “Walk Like A Giant,” extend past the ten minute mark, which is enough to get any hardcore Young fan drooling in anticipation of epic guitar solos and voluminous lyrics.
Similar to Americana, each song will get it’s own full-length video, which will be available for viewing and purchase online. A high-resolution 24/192 full-fidelity version Blu Ray version of the album will feature all of the videos. And of course, there’s vinyl — the album will be available as a three-LP collection.
Young and Crazy Horse will tour in support of Psychedelic Pill, and on October 20, Young will once again headline the Bridge School Benefit in Mountain View, California.

"Neil Young has announced a new album with his longtime bandmates Crazy Horse titled Psychedelic Pill, due this October. Surprisingly enough, Young and Crazy Horse already collaborated on an album, Americana, which was released just three months ago. However, current information suggests that Psychedelic will be a horse of different color, swiftly departing from the feel of Americana, which focused solely on covers of folk standards.

In this new release, Young seems primed for two things in particular: returning to his roots, and stretching rock music to its limits. Case in point to the former – at the opening show of their new tour held in Albuquerque earlier this month, Young and Crazy Horse debuted six new songs that will likely appear on the new album. One of which, “Twisted Road,” pays homage to Young’s contemporaries as well as his heroes, citing Dylan, Roy Orbison, and Hank Williams among others. And to the latter – an update on Young’s website revealed that “a double-CD and triple-vinyl will be released because of the lengths of many of the songs.”

“Neil came into the studio and he had that song; we played it one time and the next thing we know we’re doing overdubs. Then he played it for us. The playback just blew our minds. We had no idea we’d done something that big. I imagine it’s about Earth being destroyed by this giant, and we’re screening the planet for survivors and shit. I have all these images going through my head. It’s really crazy.”