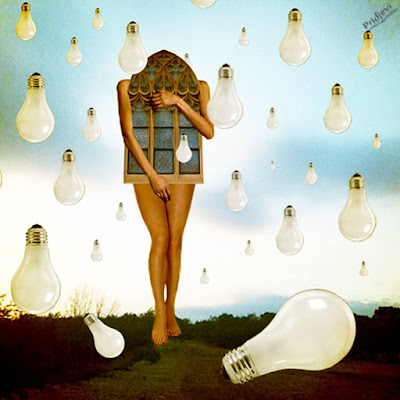 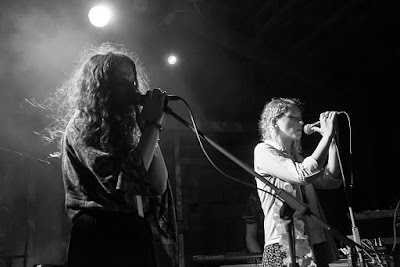 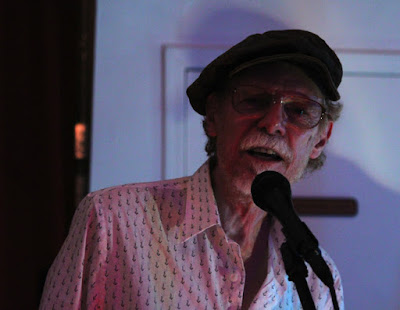 For the World allowed you to rework songs you recorded already before. Is it the case on the new album you plan for late summer ?
almost everything on the new album has been previously released on bandcamp as a home recording,
but everything is relatively recent. generally speaking, when we (my band) decide to learn something "new", we use my bandcamp recordings as demos.

I read the tiple is a hard instrument to play, and it is your signature. Did the musicians playing it along with you knew that instrument before?
No. Tyler had never played it before. he has his own style of playing it. more like a lead instrument.

What are the people and places that marked you the most as a musician ?
have we got a few days for this? places: New Haven, New York, Mystic Ct, San Francisco, Boston...
Garcia Lorka, Picasso, the Beatles, Dylan, Joni Mitchel, John Cage, later..Gay issues. my friend Carl Williams, Bernard Stollman, lots of friends.

As a poet, do you have influences ?
Lorca, i don't read much poetry. Ginsberg. Surrealist stuff, Rimbaud


I have the impression that the focus is more on the poetry and words, and that to maintain the music as minimalist as it is revealing allows you to keep a freshness in your music. Would you say it is true ?
well, i usualy make a chord progression. my taste is somewhat conventional, but i do regard these progressions as little compositions. and one always tries not to do the same thing.  to do something new, chord wise.
you have to come up, in most cases, with words that fit the progression. so, in a way, the rythm of the music determines the phrasing of the poetry. the words are what comes into my head as i listen to the chords. little by little, the words fall into the pattern and into it being about something.
It seems the poetry is starting anew from nothing every time, from a simple idea, an observation. Paper Cup for exemple, striked me, on Viridian City.
sometimes. like some song thart  with a discription of my desk.. i'm just hopeing that will take me somewhere. others are more issue based. or a story i made up as i wrote to the music.

Did the re-releasing of Little Eyes in 2003 relaunched your career as a musican ?
to a great extent. it was after that that i started being asked to play.

What evolution (in the working techniques, the approach...) would you say there is between Viridian City and Shadows ?
i don't really think about that. i'm working from song to song..from collection to collection. it's not a progression of evolving ideas, or anything. like i notice i have been using decending chord series..so im trying to not do that so much.  also i am more and more making the music on proTools as i record it.  lately, i am less likely to make up a progression before i record it. this changes all the time. than i may write down music on paper first, because i haden't done it in a long time. someone else will have to analize it.
Shadows borrows images from a wintery New York, even Christmas atmosphere. Was there an intention when you chose the tracks to figure on the record ?
the tracks i choose for any of my home recordings is just everthing i've writen/recorded since the last time. there are rear occasions where i don't include something, but not often. when i have enough for a collection; that is what i put in the collection. Shadows was rather stream of conciousness. but i did't "intend it". it's what came to mind. it had more to do with my mood than anything else. as if i had been provoked by the time, recent events, nostalga etc to wright those words.

Why did you decided to tour again in 2011 ? Other people/musicians encouraged you to do it, or where doing it themselves ?
boath 2013 and the forthcoming tour were and are tours for the record label (Tin Ange). some of the venues were the result of requests from fans, but everything was or will be organized by T A. to promote the records.

Does music plays as a artistic complement to painting ?
Maybe. it's like living in two rooms. and you can go back and forth at will. i don'r think about it. i don't need to. (i actully have one room that i live in).

The man that launched Esp Disk died a short time ago. What memories do you keep from the period ?
i try not to cherish memorys. some memories you can't help remember. good times and bad times. my only personal connection to ESP was that Bernard let me make a record, witch could have been a big thing, but it evaporated soon enough, until it was reveved: and that my total income for that record and  all subsaquent re-releases, was $200.
Your musical 'myth' was built on only one album, Ask he Unicorn, as if the fact that it disappeared shortly after gave you the status of an underground legend. What did you planned when Ask the Unicorn was out then ? What was your situation ?
i continued to write and perform in New Haven, Boston a bit. and Mystic Ct. i rented spaces and put on shows.

You where said to be part of the acid folk scene, that has celtic or medieval imagery, but your poetry was way more personal than that ?
Yes. i'm not a "movement" guy. haha if you look at that period you will notice that there was a wide veriety of musics being played. including other stuff, like John Cage and Terry Riley. some one needs to re think the whole period..from a panoramic perspective..

When do you decide an album is ready to be sold in bandcamp, as opposed to an official label release ? Are you choosing the tracks alone ? Is the track order important or is it more like compilations ? Who listens to it before it is released ?
i might send a song to Jay to listen to. but i like the idea that no one has heard it before it's released. if someone wanrted to release a bandcamp collection as an LP or CD it would be nice. but except for Rainy Day Song on CD (he went out of buisness a few monthes after the release. not my fault lol.) and a few recent cassette releases.  i havent had any offers. track order is important. but it's instinctive.

Bandcamp is such a good device, but there is no promotion for your albums, appart from the occasional e-mail... Did you feel fine about that at this point of your career ?
i make almost no income from music or art. off and on. and i know nothing about promotion. the Bandcamp stuff only makes about $200. a year. not enough that i could afford anything more than word of mouth. and i'm not shure if that would work for me anyway. and no promoter is going to earn a lot from Ed Askew. i'm not Willy Nelson (who is wonderful). it would be nice not to have to worry about money, but i'm having fun.


Steve Gunn is liked a lot here. How did you meet him ?  David Garland (Spinning on Air on WNYC public radio) was curating a month of shows at the Stone, here in N Y and asked me to do one. i didn't have anyone to play for me so i asked around, and Clint Simonsos of Destijl Recs (Little Eyes) suggested i ask him. Nice guy. ED ASKEW & STEVE GUNN at the Stone / video B Gielis 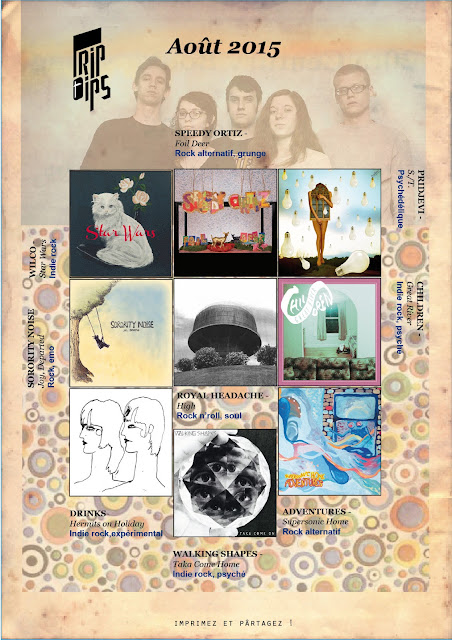 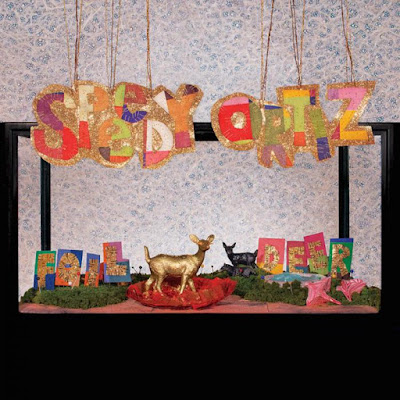 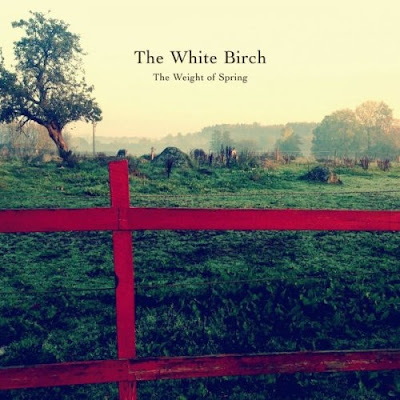 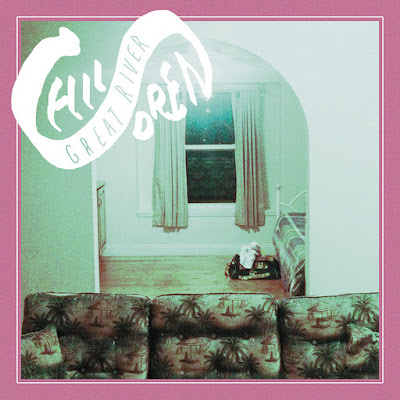 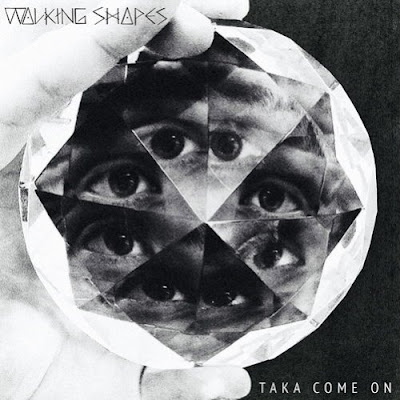 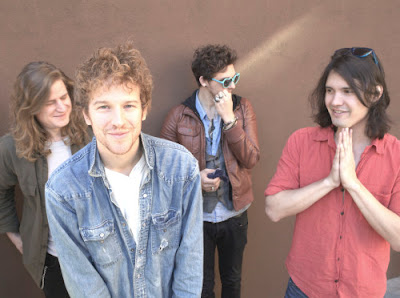 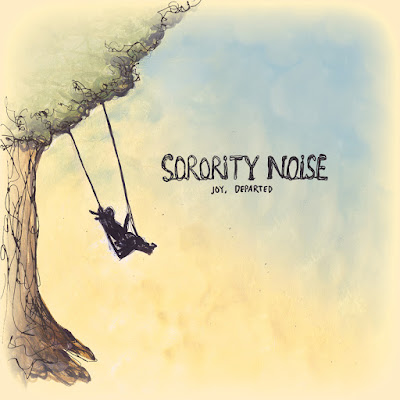 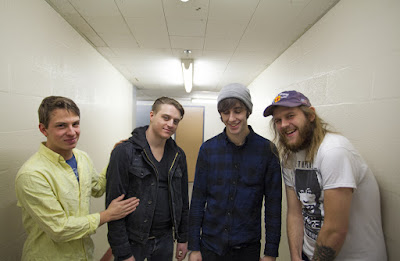 TITUS ANDRONICUS - The Most Lamentable Tragedy (2015) 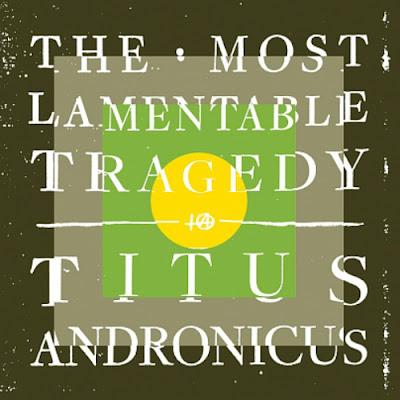 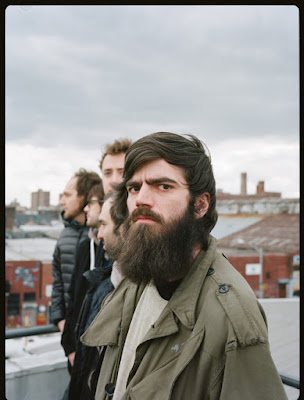 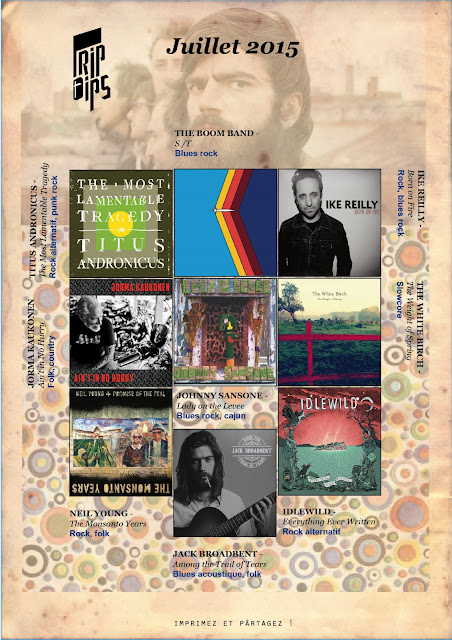 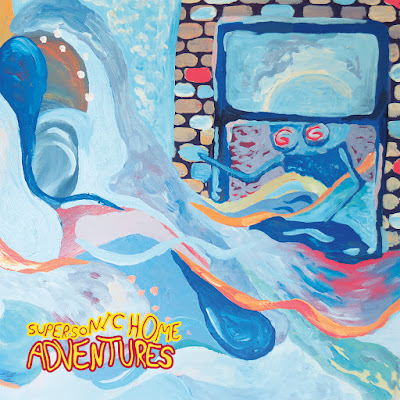 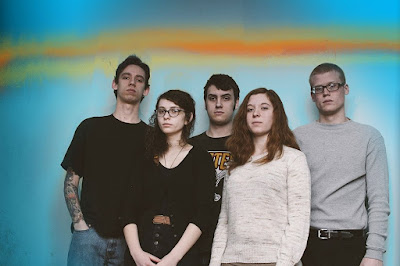 IDLEWILD - Everything Ever Written (2015) 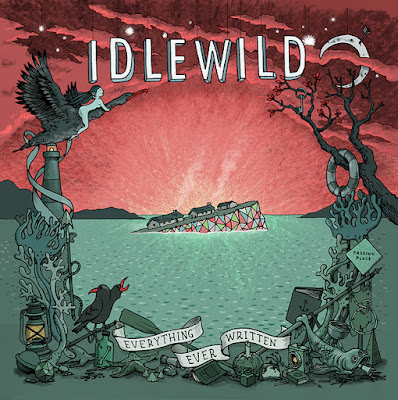