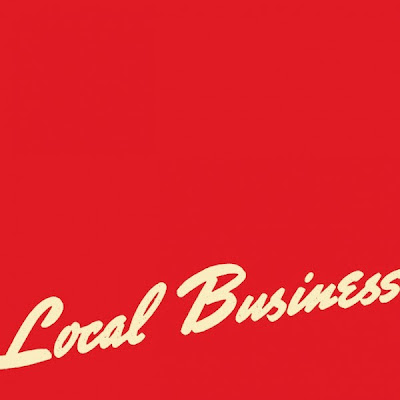 So The Monitor is my favorite album of the past 5 years And it's certainly in my top 10 albums of all time. Love is not a strong enough word I have for that album. So that said going into Local Business I knew itd be ridiculous to think it'd come close to matching The Monitor. The fact that I was proven right doesn't even matter however. It's a terrific album in it's own right. One of the years best, and gets better and better with each listen. Can't wait to see these guys the sunday after Thanksgiving. I just hope I'll have enough energy after gorging on food for the 5 days prior to be able to participate in the epic shout alongs while wading back and forth in the raucous crowd.

Local business puts out the goods. Titus Andronicus switches paths, while still maintaining the same energy and drive that made their previous two releases so consistently enjoyable. After beginning with a more abrasive tone in The Airing of Grievances (possibly due to recording budget), they refined their sound and came up with an interesting background of the Civil War for The Monitor. The album flowed seamless track to track, with its strongest tracks all being well over 5 minutes. Local business is a different path altogether because it may be seen as Patrick Stickles reaching for more mainstream acceptance. The sound here is very warm, and Patrick has lost most of his rasp in his voice, which really aided his limited range. The strongest tracks here compared to their prior albums are much more immediate (take Still Life or In a Big City). Some of the tracks here feel like Patrick is reaching into his Americana themes and wants to embrace comparisons to Bruce Springsteen, or in this album's case John Mellencamp (I am the electric man is too easy). However, his lyrics of alienation, rejection, anger, and other bitter obstacles will keep him the band in a very smaller but no less appreciated demographic. Not as strong as The Monitor, but definitely a great listen with many replays to come.

I really dig it. Like everyone else "The Monitor" is on up there on my list of favorite albums of the ever (I think the Battle of Hampton Roads and A More Perfect Union in particular both stand out as two of the best songs...just the best songs), but I like the new direction too. It's a little more mainstream, cleaner but still rough around the edges (and Patrick's voice is really channeling old-school punk in style and delivery which is fun). It's not as good - but making a better album would have basically been a superhuman feat. What we've got here is a really solid album that'll be great listening for years to come.

Patrick and the guys did a good job of keeping us from expecting the grandiosity of the first two albums to come through again. This album reminds me of the hard rock albums of the late 70s, Thin Lizzy keeps coming to mind. But this album is so tight and will be incredible live. Hard to say if it'll have the same wherewithal of the first two albums but I've enjoyed it thus far.

On first listen, I wasn't sure what to think about Local Business. The Monitor is quite possibly my favorite album of all time, and Local Business definitely isn't the same as the Monitor. But upon further listening, the album has grown on me exponentially. It's more upbeat, and has a more stripped down sound than The Monitor. It wasn't what I expected at first, but now I absolutely love this album.